You are here: Home / Family Gaming 101 / How to Teach Competitive Kids to Be Gracious Winners

Easter Egg: One of my two boys is one of the most competitive kids I’ve met. He wants to be first and best at ALL THE THINGS. I’ve found that our family board games are a terrific way to teach him the boundaries of healthy competition and family game nights also give him an opportunity to practice the art of being a competitive kid who is also a gracious winner. 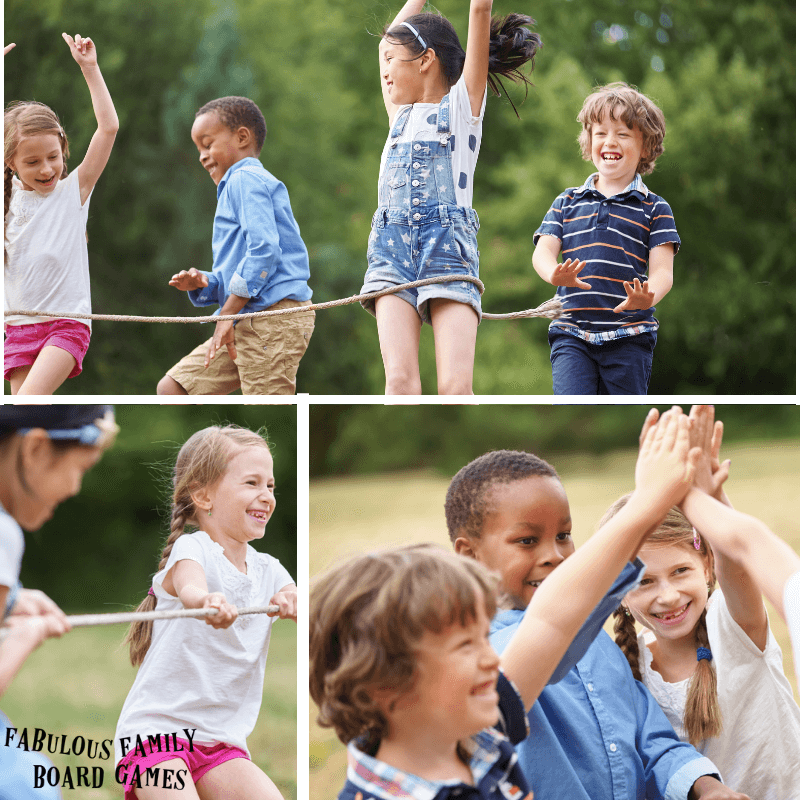 Gathering family and friends around the table for a board game is a great way to nurture the family bond that you’ve worked so hard to create. Game night (or day) is meant to be a fun time for everyone playing. But, in any healthy competition among kids, there are bound to be hurt feelings from time to time.

Here are some great tips to teach even the most super competitive kids to become gracious winners when playing board games with friends and family – which later translates to other games, sports, and competitions throughout life.

Over at Hand in Hand Parenting, Patty Wipfler has a wonderful explanation of “staylistening” and applies it to the super competitive child. It’s definitely worth a read!

For kids (and adults, too…), it can be incredibly exciting to be the first to the finish line or the one who wins the game or competition.

While hard work and practice is always something to be proud of, it is important that we teach our competitive kids how to avoid being boastful or insensitive to the feelings of others.

Trust me, the first time that your child starts dancing around and yelling, “In your face, Losers!” after a win, a smidgen of your insides will wither and die.

But then it’s time to get to work. It is time to bring empathy to the game table.

Start with asking your child where they heard phrases like, “In your face!” And then talk about your perspective on such talk. Reassure your child that you know they didn’t intend to hurt anyone’s feelings, but explain how it likely did just that.

Ask your child how they would feel had they lost the game, and someone else were rubbing it in. Chances are, they would not be happy. Help your child see how their reaction may affect others, and they will certainly want to tone it down a notch.

You’ll also want to remind them that they will not win every time. One day, they will be on the losing end of the competition. It’s equally important that they also know how not to be a sore loser.

I always end conversations such as this with reminding my son, “What kind of person do you want to grow up to be? Did your choices today bring you closer to being the person you want to be?”

Kids are like sponges. They absorb everything, especially when it comes to mom and dad. For better or worse, what they absorb the most is what they see the adults in their lives doing and not what they hear us saying.

The best way to teach your competitive kids to be gracious winners is by setting a good example yourself. This means when you win a board game, model the way that you would like your child to respond. There is no need to make a big scene.

Not only do you want to keep your reactions appropriate, but you also want to praise the other players, by saying something along the lines of, “That was a good game!” You might even respond to the specific game, “I know I didn’t win, but I really enjoyed playing that game because I love using my imagination!”

Focus On The Game

Sure, the object of most games is to become the first person to win the game, however it goes a little deeper than that. Even for the most competitive kids, the true reason for playing the game is to have fun with friends and family, and to become closer with one another.

So, regardless of who wins the game, everyone is a winner for playing, and not quitting. By teaching your child to focus on the time spent together, he will be less focused on the fact that he won the game. This is how one therapist challenges clients to think about it:

An elementary school client of mine was anxious about a racquetball tournament he was playing in. I asked him, “What will happen after the game if you win?” He said he’d shake hands with the other player then go find his parents, who would tell him congratulations, then they’d all go out for lunch.

I asked him, “What will happen after the game if you lose?” He said he’d shake hands with the other player then go find his parents, who would tell him nice try, the they’d all go out for lunch.

I asked him to figure out how long the winning or the losing lasts. He said about five minutes. The game, on the other hand, he said typically lasts 45 minutes.

So, it makes much more sense to focus on the game—on playing well, trying hard, and having fun playing a sport he enjoys—than the brief final outcome.   (Raising a Good Sport)

In Healthy Competition, We Acknowledge Others

Winning is either skill, luck, or a combination of the two. But you can always remind your child that, just by being at the table, others push them to try harder. With no opponent to push your kiddo, there would be no game.

Before play, make sure your child remembers and understands how they can be gracious to their opponents, and why it’s important to thank other players for playing.

Teaching your competitive kids to be gracious winners with board games isn’t always easy, but even the most competitive will catch on eventually. Board games and sports can quickly become serious business, especially if you have a competitive child.

Learning to be a gracious winner may not come naturally to some of our super competitive kids, but keep working with your child and encouraging them. In the end, you’ll all be winners! 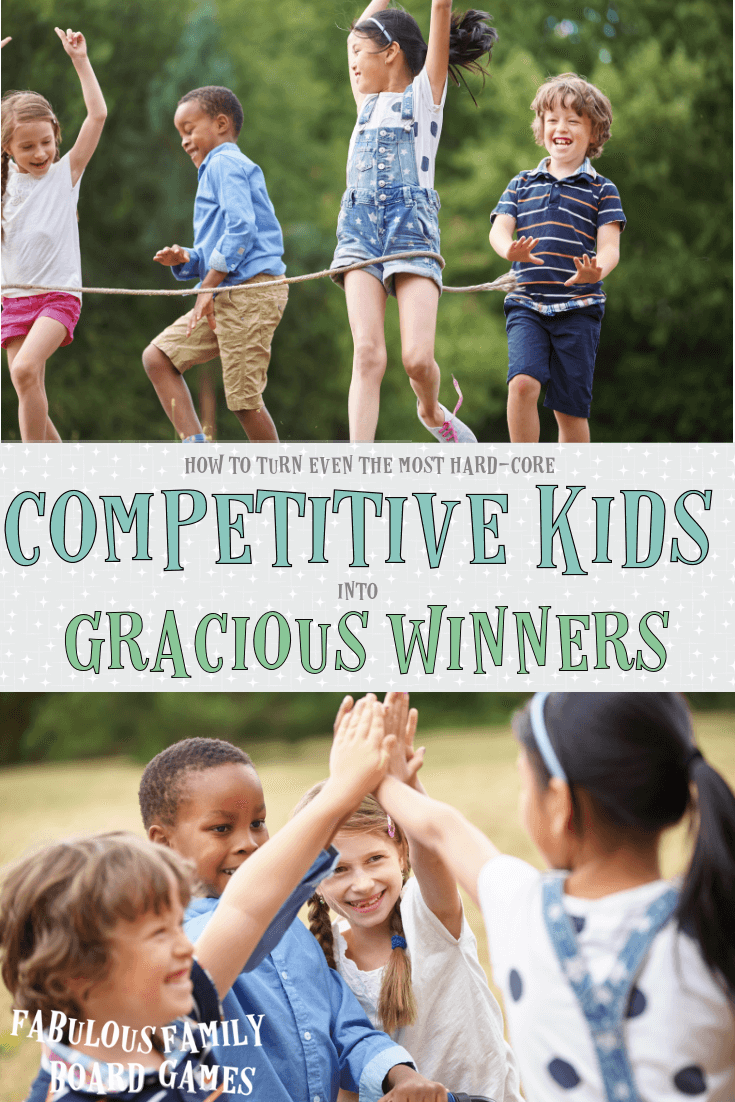 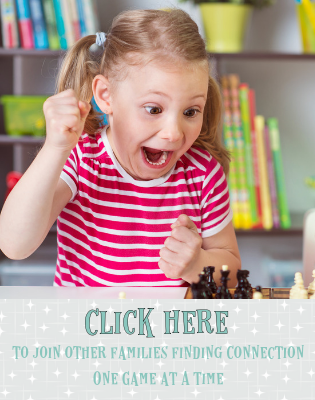 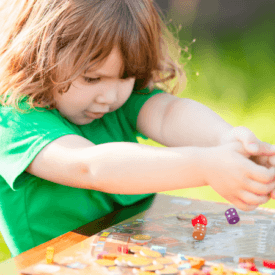 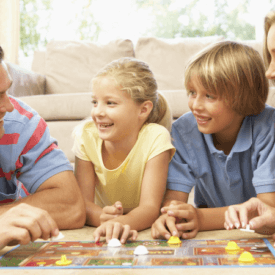 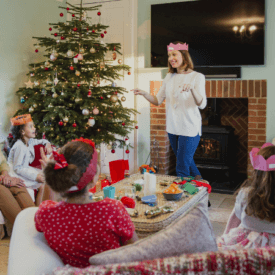 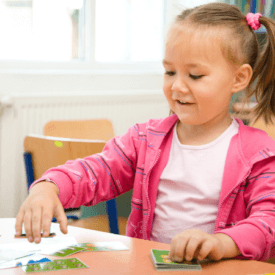